🌞 Chủ đề talk about your hometown

🌞 Chủ đề talk about your hobby

🌞 Topic talk about your high school

The celebrity whom I admire the most is Kim Nam Joon, or RM, a member of the Korean boy band BTS. Besides being the leader of the group, he is also a talented male rapper, songwriter, and music producer.

When I first knew about him three years ago, I was captivated by his appearance, with short black hair and a tall, slim frame that represents both elegance and sportiness. RM can pull off almost any clothing style, from a charming, lovely boy to an attractive gentleman. In addition to his handsome look and leadership skills, he possesses a high IQ of 151 and was previously classified in the top one percent in his high school examination. He taught himself how to speak fluent English, and successfully attained a TOEIC score of 900 as a result of his unrelenting effort in many years.

Among the nine members of BTS, RM leaves the strongest impression on me because of his diligence and passion for music, as he consistently introduces creative ideas to his performances on stage. His innovative concepts have always left fans in awe. His remarkable musical intelligence is another thing that blows my mind. As an extremely rhythmically sensitive person, he can listen to music and dance to each and every beat.

But all in all, I think what I love the most about RM is that he always shows concern for other people. His ability to steer the band away from controversy, mediating ugly fights is a true sign of emotional intelligence. It’s no wonder that the rest of his members practically worship him and express their admiration for how he has led them to success. If possible, I’d definitely like to have a coffee date with him, so I could express my feelings for my biggest celebrity crush.

I’m going to talk about Komuro Mako, who was a princess in Japan until recently. She had to give up her royal title to marry her long-time boyfriend, who is a commoner. I didn’t really know about Japan’s marital practices. However, from what I’ve read, when a Japanese woman marries, she must change her last name to that of her husband. Since her husband is just a regular citizen, she also becomes one. The wedding has attracted so much drama and the couple must have been under much pressure.

A little bit more on Mako, I just got to know her from what the press has written about as well as the videos I’ve seen on social media. To me, she looks like what I expect from a princess. She’s always well-dressed in an elegant way and not too showy. Her demeanour is calm and when she answers the press, her gesture is polite and composed. She seems to be highly educated, in fact, her husband is her college sweetheart, whom she referred to as “irreplaceable” in an interview.

The reason why I’m interested in her is that her story seems like a modern-day fairy tale. She and her husband have endured so much just to be together. It’s very brave of her to follow her heart. That’s something that the rest of us can learn from. I wish her all the best with her new life.

Today I would like to tell you about one of the most famous people in my country. His real name is Nguyễn Thanh Tùng, and also known professionally as Son Tung M-TP, The 28 year-old man has been working in the music industry as a singer, song-writer and producer.

With regard to how I know this person, I need to say that I am a big fan of music so I usually listen to pop songs to let off steam after long working hours. About 3 years ago, I stumbled upon him in an MV on Youtube and my first impression of him was that he was a medium-built man with short black hair and a charming smile. And his trendy, fashionable costumes was what really caught my attention. It’s no wonder that he is highly-acclaimed as a fashion icon among the younger generation.

Moving on to why he became famous, it all started with his biggest hit “Em cua ngay hom qua”, which quickly went viral on all music streaming platforms, creating a phenomenon on the Internet. The catchy tunes and happy-sounding lyrics were lingering in everyone’s mind for the following months, reminding them of a new-born music talent. After the success of this single, the man kept on his singing career with many more albums about love and life, and his strong vocal and performing abilities were what propelled him to stardom.

I also have to underline the fact that he acts as an exemplary model for adolescents because he was from a poverty-stricken family, but he has always tried his best to follow his dreams despite many hardships. His ambition and perseverance really inspire me to study and work harder. In spite of all the fame and money he has earned now, Son Tung is a warm-hearted person who constantly takes part in various charity campaigns to help the unlucky, just like how he used to be.

It’s really hard for me to pick just one BLACKPINK member as a favorite because all of the girls are equally talented and worthy of all the love. But if I had to make a choice, Rosé with her angelic voice would be the one who leaves the strongest impression on me.

As the group’s main vocalist, Rosé keeps blowing audiences away with her singing ability — whether it’s through her awe-inspiring high notes or calming, soft tone. Her distinct vocal style has earned her the title of a “golden voice” in Korea. What’s even more amazing is that she can perform a variety of styles, whether it be R&B, soul, alternative, or pop. The multi-talented girl showed huge potential as an artist at such a young age, adding guitar and piano to her list of talents aside from singing. Besides, she is undeniably a charismatic dancer, who always brings her A-game when it comes to dancing on stage. Complete with facial expressions and sleek dance moves, she definitely adds fire to BLACKPINK’s performances.

But what makes me fall head over heels for Rose is indeed her cute and funny personality. Beyond appearances, Rosé is just like a friendly girl next door who loves to play jokes and engage in funny conversations. She has an all-around bright disposition that makes fans love her even more. She got the nickname “chipmunk” for her cute, cheeky facial expressions and childlike reactions when being around her close friends. She is sure to liven up the mood everywhere she goes, and that kind of positive energy always cheers me up when I’m down in the dumps.

3.5. Describe a person who is good at his or her job

Today I would like to describe a person who does very well at work, and that is no other than Ms. My Tam, a very famous singer in Vietnam. Of all the celebrities, My Tam has always been beacon of light not just for her fame but also for her great passion for the work that she has committed to.

The first time got to know My Tam was, like, 10 years ago when I came across her albums in a music store near my house. Her smoldering eye makeup and iconic hairstyle instantly got into my heart, and you know what’s better than that? her amazing mezzo-soprano voice. I instantly got hooked on her voice upon hearing it played in the music store.

Besides her angelic voice, My Tam is also known for her dedication to her work. She once told the press that she loves her job, and she said that she was willing to be a singer for the rest of her life without getting married, which was quite a statement and made the headline for weeks to come at that particular time. Well you know, I always look up to any well-known public figure s who were able to devote all aspects their lives to their line of work.

My Tam s truck at people’s heartcore by delivering down-to-earth music that inspired thousands of audiences regard- less of ages, genders or social status, she was also known for her tireless charity work. She was such a busy-bee that sometimes she did not care about herself. At one time, she dropped everything to sing live in the concert held by the disadvantaged and donated a huge sum of money for them. She is, by all means, the greatest woman that I have ever seen.

3.6. Describe a female leader you would like to meet

Okay I’m gonna talk about Thái Vân Linh – also known as Shark Linh – a female leader l’d love to see in person . I will refer to her as ‘Shark Linh’ in this small talk.

Although born in Vietnam, Shark Linh was brought to the US with her family when she was very little. Therefore, whereas she has an impressive command of English, she’s still occasionally struggling ingetting her ideas across in Vietnamese. However, the language barrier does not hinder her from embarking o n a new venture in Vietnam. she rejected great offers from American corporations to become the CEO at VietnamCapital, and later launched her own start-up – Rita Phil – a company that sells tailor – made bridal gowns.

Shark Linh is most famous for her role as a Shark in Shark Tank Vietnam – the Vietnamese version of the famous reality TV series. Though she’s usually the calmer Shark among the four who usually take a gentler approach when she makes coments on others, she’s also very sharp upon making decisions. From what l’ve observed throughout the series, Shark Linh only invested in fields she had great knowledge of.

Shark Linh has been a great role model for Vietnamese young women. Her famous saying “I see no discrepancy in agility and ability between men and women” and her appearance in the show has inspired thousands of Vietnamese women, encouraging them to work in the field of finance.

3.7. Describe an influence on the philosophy of science.

I am going to tell you about a well-known physicist whose biography recently really caught my attention. He is a house-hold name around the world, Albert Einstein.

He is recognized as the father of modern physics and he was the founder of the Theory of Relativity, which became an essential, if not the most important, contribution to modern science. He was also awarded the Nobel Physics prize thanks to this discovery.

Besides knowing him due to his many achievements, I did come across and read a biography of him on the internet which really intrigued me and contained a lot of information that made me admire him a lot. His childhood was not as carefree as I initially thought and I was totally impressed by his perseverance and dedication to science despite having communication problems at a very young age.

I love how Albert Einstein lived and worked with passion and enthusiasm all his life, which, I feel is a shining example and a great inspiration for me to follow. Albert was hunted by the Nazi’s for most of his adult life, yet he never abandoned his love for science and kept working even when he was running to protect himself.

So, in other words, he really inspired me to pursue my goals and dreams with all I that I have, despite any difficulties that I may come across along the way. 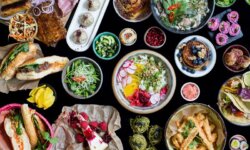 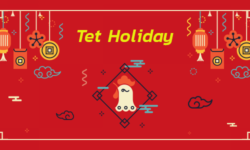 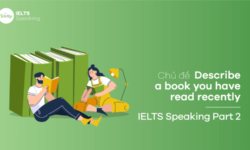 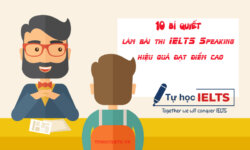 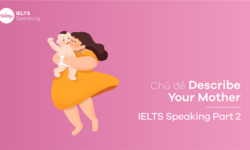 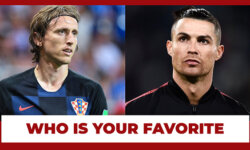